Research suggests that the effect of mixed-age grouping on cognition is likely to derive from the cognitive conflict arising from children's interaction with peers of different levels of cognitive maturity. The contribution of such cognitive conflict to learning is not simply that the less-informed child imitates the more knowledgeable one. The interaction between the children leads the less-informed member to internalize new understandings.

Along the same lines, Vygotsky (1978) maintains that the internalization of new understandings, or "cognitive restructuring," occurs when concepts are actually transformed and not merely replicated. According to Vygotsky, internalization takes place when children interact within the "zone of proximal development."

Collaborative activity among children promotes growth because children of similar ages are likely to be operating within one another's zones of proximal development, modeling in the collaborating group behaviors more advanced than those they could perform as individuals. 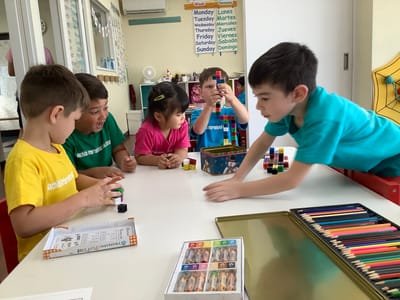